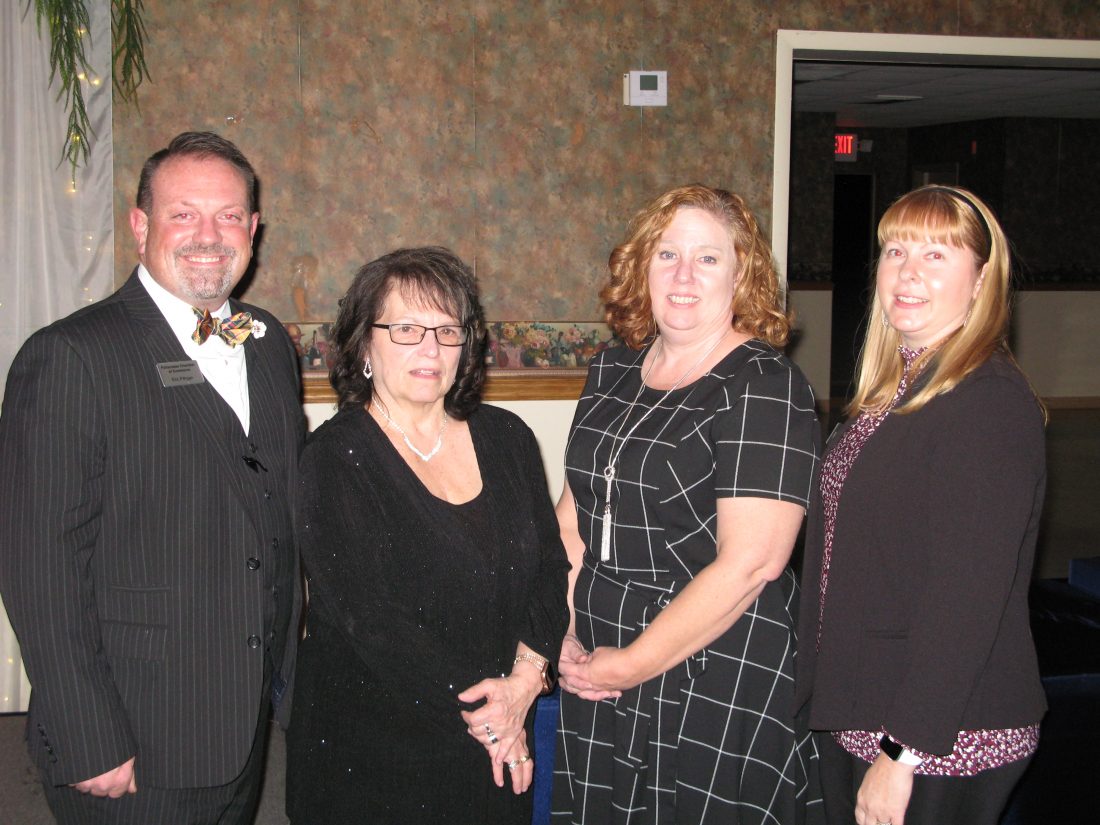 FOLLANSBEE — The incoming president of the Follansbee Chamber of Commerce said his plans include expanded use of technology to promote the group and its business members and offering useful information to help them flourish and grow.

During a recent interview, Eric Fithyan pulled out a business card identifying his new role in the chamber and pointed to a QR code printed on it.

He said scanning the code with a smartphone will take anyone directly to the chamber’s website, where they will find links to the websites of the variety of businesses belonging to the chamber.

Fithyan noted the website was established some time ago under the direction of outgoing president Debbie Puskarich and also includes addresses, phone numbers and other contact information for many area businesses and organizations.

“It’s really a funnel of information,” said Fithyan, who will join a mostly new slate of officers starting three-year terms in January.

They include Jeanne Wohnhas, vice president; Jennifer McFadden, secretary; and Brandy Puskarich, who will trade the office of vice president for treasurer.

Fithyan said he also will use the chamber’s Facebook page to announce upcoming events, such as the series of free summer concerts held at Follansbee Park.

With financial support from local businesses, he organized last summer’s concerts and has set about booking performers for next summer.

Fithyan added he hopes to arrange business after hours events to encourage networking among chamber members and set up guest speakers to present educational sessions helpful to local businesses.

He said he and the other chamber leaders, including its board of directors, will build on what has been accomplished by former presidents Puskarich and Tony Paesano and their teams.

“Their leadership has gotten us to where we are,” said Fithyan, who added after being elected president, he sought advice from Paesano, who was named president emeritus in acknowledgment of his 25 years as chamber president.

Fithyan stressed the chamber’s activities, as before, will be a team effort.

“Although I’m here to lead, each and every one of our members truly make up the chamber,” he said, adding he would like to collaborate with other local chambers in planning events.

Fithyan said the chamber’s membership grew exponentially under Puskarich and he hopes to attract others, who he said can benefit from their involvement as he has.

“It really gave me a tool as a business owner to connect to a lot of other resources when I first started,” he said.

(Scott can be contacted at [email protected])

Today’s breaking news and more in your inbox